Your location:Tech News>Tips>Illustrator>Taught you how to draw a bold Illustrator prominent pop style portrait excellent tutorial

To feel the artistic style of the most clear-Jun!illustrator tutorial effect is particularly shocking today, this type of portrait painting style from the last century, completely abandoned the curve, cutting through the color models full of tension, combined with exaggerated rebel color, just like a vast expanse of land in the torture of different bright quality, memorable.Tutorial is very specific, it is strongly recommended to try hands!

In the 1990s, traditional print media illustrator Wedha Abdul Rashid from Indonesia pioneered an alternative style of portrait painting.Until after the millennium, which evolved from the traditional media''s style became popular in the digital arts.WPAP (Wedha''s Pop Art Portrait) refers to the kind of drawing style, which is divided into a number of picture geometry to create a portrait by allowing graphic color change of profile.Typically, the elements and characters that appear in the original photo portraits are consistent.Such form of great artistic creation, pay attention to the colorful and varied use of color.

Today we are going to learn is to make WPAP portrait with AI, then, before that, we need a quick look at the drawing process WPAP.WPAP goal is to use a different type of style techniques to express the character''s facial details, to make the characters face exaggerated but can not make it illegible.Here the so-called "alternative" that is to be more dramatic, more personalized features, more powerful effects, of course, if you can, it will be pleasing.

Based on this, the creative process is mainly divided into two parts: the face decomposition and polish.When I draw, these two parts are performed simultaneously.

1, decomposition of the face

In the process of decomposition of the face by tracing artwork, we can portraits into several details that I''m here called "the details of debris".These details are divided fragments depending on the light and dark parts of the picture, you need to carefully observe the shadow detail in the original judgment to make division in the creative process.Every detail is a straight line graph fragment, rather than curve.I think this is because of the linear patterns will come more powerful than the curve.

Face before the decomposition process, we need to portrait artifacts into a sphere, the surface of the sphere is made from a rectangular piece of the mosaic.As shown in FIG sphere as. 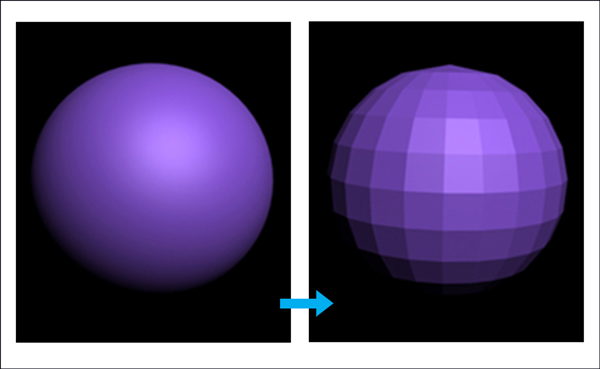 Polish, I used a solid color instead of a gradient, which would allow more prominent shape.Although these color colorful people feel seem incongruous, but this will show the picture of 3D stereo effect.

Experienced creators color will be classified into groups, you can set the color classified as "strong" group, "warm" group, "cool" group.Only consider the color of light and shade, while ignoring its tone.More high harmonic shaded from light, to polish the intermediate.This group will make the screen showing a three-dimensional.No matter what color you use, as long as you are using the correct color group, the final results will not let you down.Therefore, this training is an important part of the color.

Because facial decomposition requires copying artwork, so artwork is also crucial choice.This is about drawing portraits, so we need to choose a Zhang Gaoqing picture of portraits, it should have relatively significant contrasts, sharpness larger and also more beautiful composition, these are important details during copying.

Designers do it, the most important thing is to find the map it will not does not matter, that is to take the thing: "the second wave of free HD!12 copyright-free for the big picture special website "

After selecting the original file, open AI, create a new document, I created here is 1024px * 640 px, with a resolution of 72 ppi.The aspect ratio of the document as much as possible compatible with the original.However, the requirements for the size of the vector is not so strict. 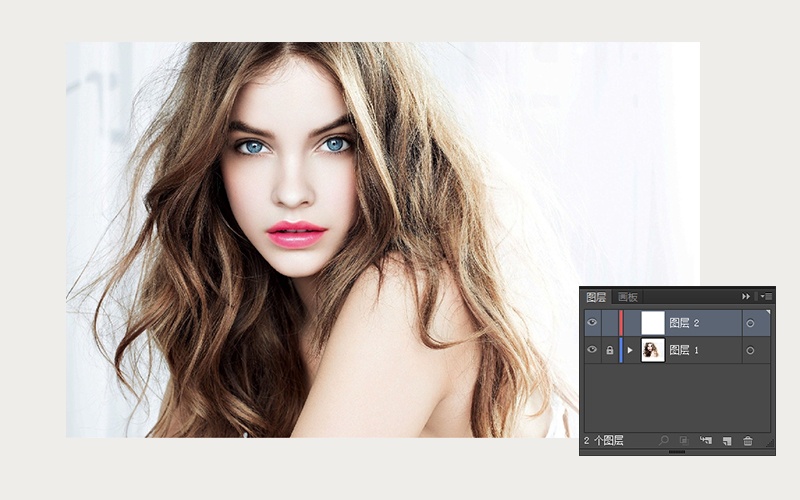 Third, the first piece of "details of debris"

Let''s eyes began to draw on, in the iris portion of the eye is drawn first piece of debris with the pen tool, turn the stroke, fill color, select the color swatches and commissioning (shortcut F6) in.In general, try to keep eye color, contrast and keep the other face of color tones, make eyes look more prominent.The eyes are the most powerful basis to identify details. 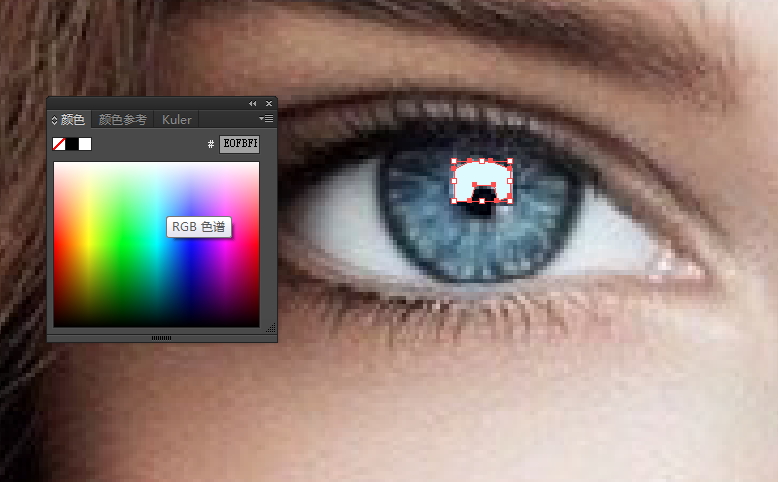 Also in other parts of the eye with the pen tool to draw, draw time keeping a straight line, in a large arc at the edge allows the anchor on one point.The initial selection anchor are as consistent as possible with other debris, so do not let the picture for no reason among many many more "gap".Locate the appropriate shades of color through the "Color Reference" color, which is coordinated so that colors remain a secret. 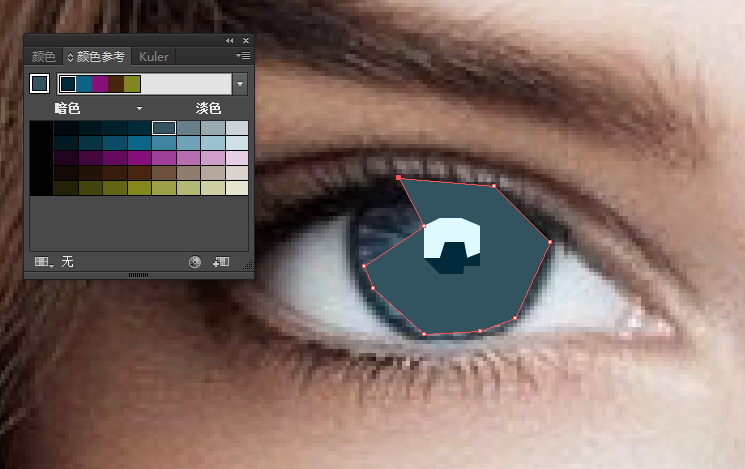 So follow this step, choosing your own habits rhythm of a piece with the pen tool to "piece together" the details of the face.In particular is the contrast of light and dark to be of concern, which is particularly important for three-dimensional modeling. 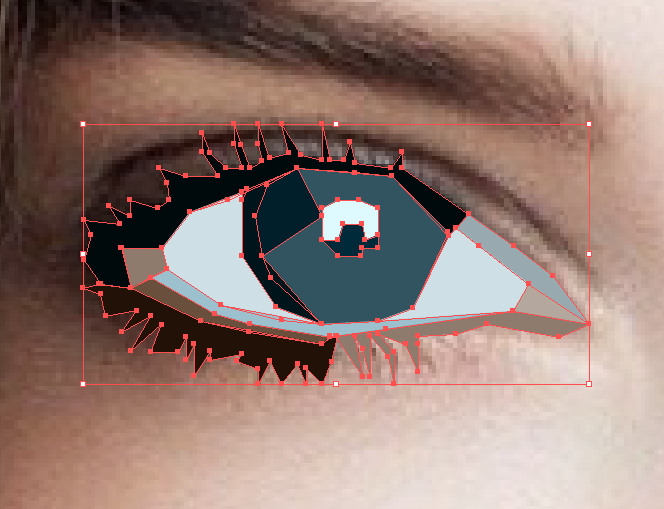 For the eyes, not as much as some of the details wrong.Colors try to keep the color compared with other portions.

Let us continue with the following steps:

If necessary, the new layer is placed below

Then draw the other eye, not necessarily stick to the original color of the bird, but not bias too far, or you''ll confuse the viewer. 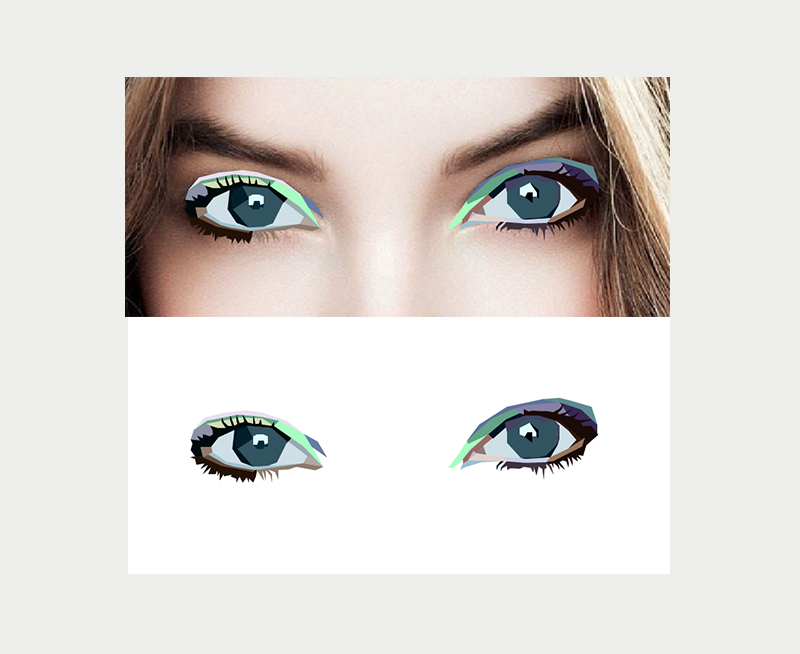 Fourth, to complete the entire face

Try to deal with the details of the facial features, which is a prominent feature of the local people''s faces.While other portions of the face of the use of larger blocks of color, color keep arranged neatly.High light portion can be used as a white or other color close to white, the purpose is to strengthen the effect of a high light.And some with dark shadows, but also to strengthen the recognition of the human eye shadows. 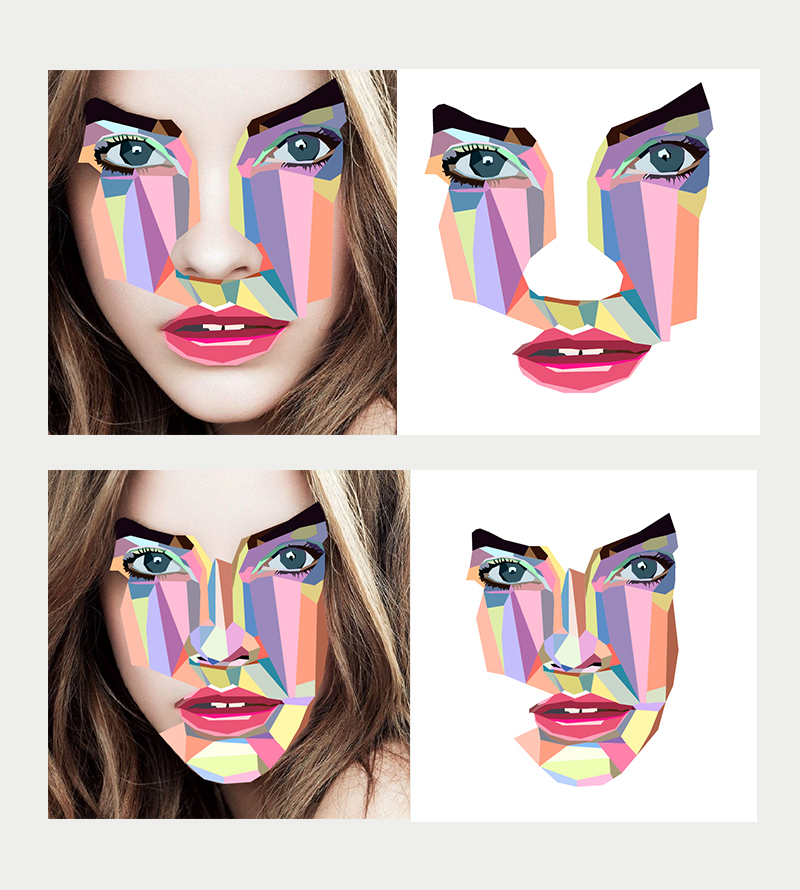 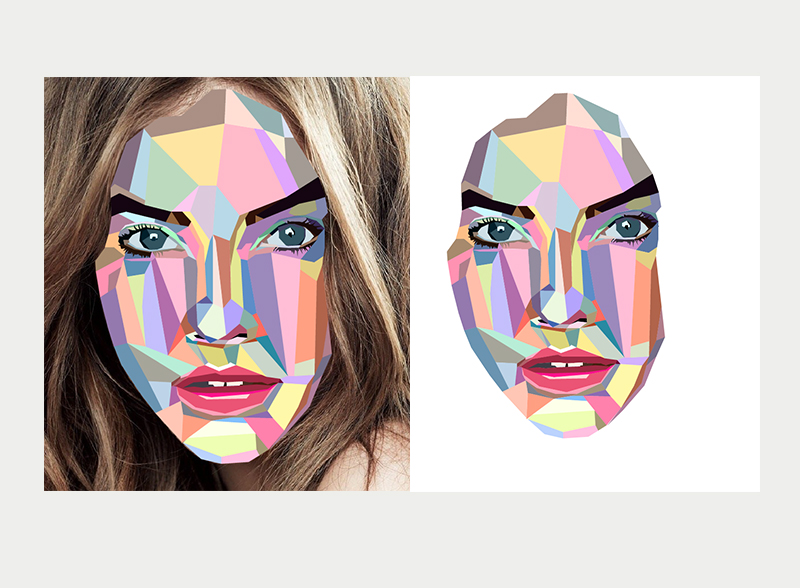 In the process of drawing, you can constantly adjust the coloring of debris already, change color or change shape, so that the whole picture looks more beautiful harmony.

Face of the person using the painting process, then the next time you want to draw hair, in order to avoid messy hair and the color of the face and tell boundaries, hair color is best to deal with large areas of solid color.

Hair highlights and other details of the use of part of the face away from the painting, and the best selection of color the same color, close to color, so the effect will be made to make the face stand out, but also can be a good show details of hair. 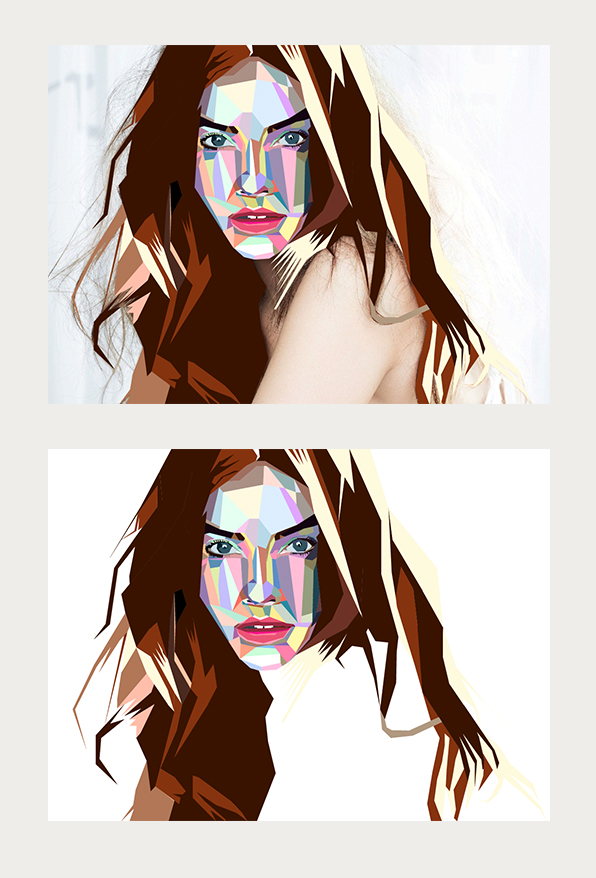 After the completion of the face, and the rest will be some part of the body, then you can choose to remain with color, you can only use a solid color, such as black and white ash to fill.In short, let the hair independent, allowing the body to be independent, as they add detail.

The final works forming, closed the original image, create a new layer below, fill on your favorite background.This completes work. 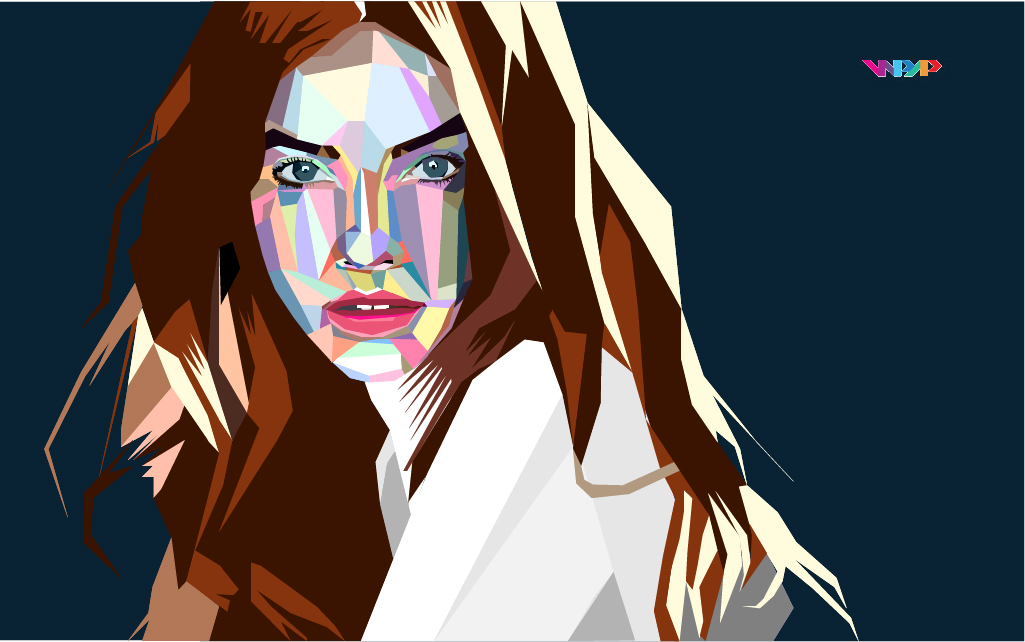 For style portrait WPAP, perhaps a lot of people will have a start to see not suited for hyperbole.But I think the essence of art is not pleasing enough jealously guarding.In addition to training its own sensitivity to color and grasp of light and shadow, in the drawing process for each stitch and coordination with other pieces of debris, is unique experience.I hope you can harvest fun in the creative process.