Providing multiple color modes to users in CorelDRAW, wherein.Black and white is the color constitute the most simple one bitmap color mode, of course, it is not only in the CDR acts as a color mode, but also provides users with a variety of special effects to make pictures of models in its Conversion mode.It is similar to the 50% threshold in PS contains bitmap pattern, a pattern dithering, diffusion dithering, halftone screen method, and other bitmap.

2. After you select a bitmap, click the menu bar "Bitmap> Mode> Black and White" command. 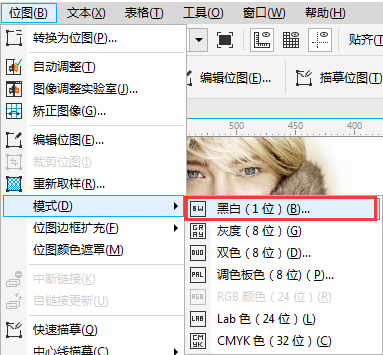 3. In the "converted to a" dialog box, the default method of converting "line graph", and then adjust the "threshold" option (variable depending on the adjusted value image, the image display date), can make a similar Among sketch effect strokes, shown in FIG.. 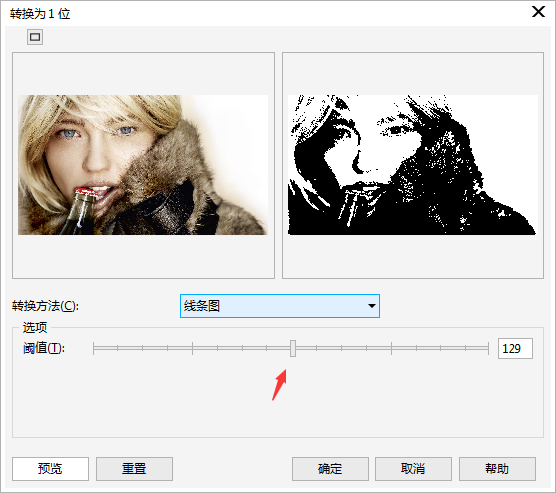 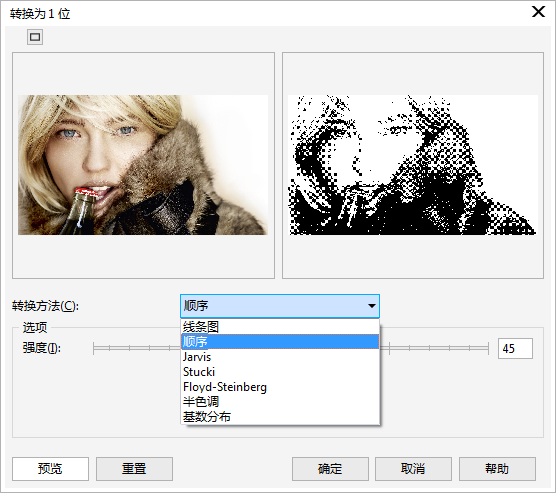 5. Many people are curious about "half-tone" effect, in fact, it has the same approach and PS, in black mode still be able to see the effect of the halftone screen in the CDR, CDR and provide more options to the setting you want the type of halftone want.It can display images of black and white ash state halftone screen mode, a similar effect is the same no color newspaper.

In addition, the color conversion filter the CDR also provides artistic effect called halftone, you can try to operate under. 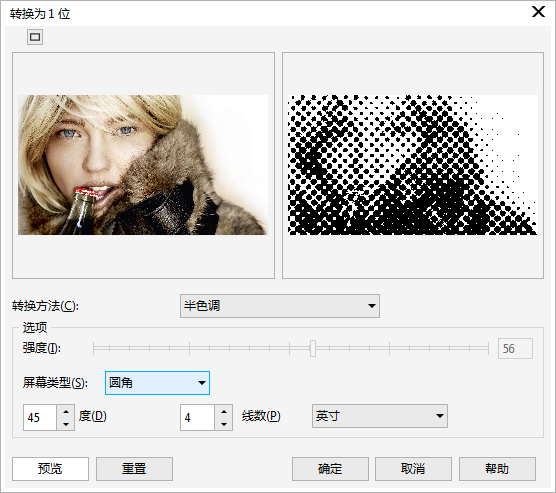 Just a black and white mode, is not very powerful. 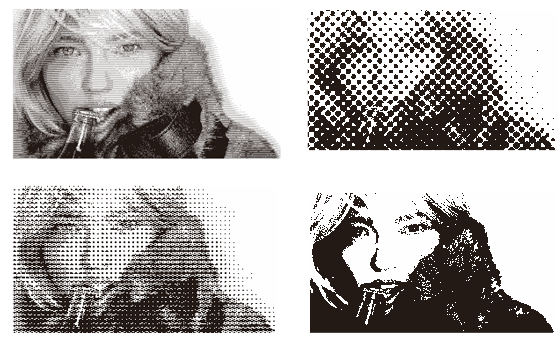 More CorelDRAW graphic tutorial can consult CDR tutorial for help on the use, in the design inspiration.